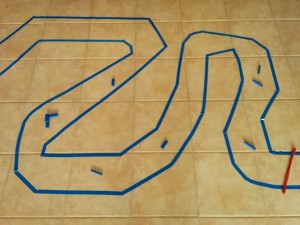 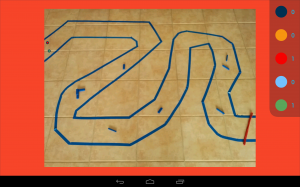 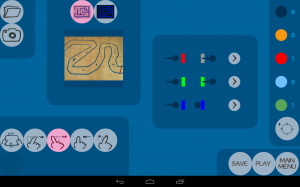 This example illustrates how certain classic physical games can be easily converted to digital games. “Las chapas” is a traditional outdoor game that used to be played on the street by kids of earlier generations in Spain. Now, this physical game is still being played in some Spanish primary schools as an activity framed into the physical education subject.

The game elements are basically some bottle caps (“chapa” is the Spanish word to refer to a bottle cap) and a circuit drawn on the floor by the kids themselves. The circuit was traditionally drawn with chalks. Now, in the schools, the circuit is normally created with coloured adhesive tape.

Once the circuit is created, the game consists essentially of a bottle cap race. First, all the bottle caps (one per kid) are put on the start line. Then, the kids take turns hitting their bottle cap with their index finger (following a pre-defined order). If a bottle cap goes outside the circuit, it should be put back on the point from where it left the circuit. The first one reaching the finish line is the winner. 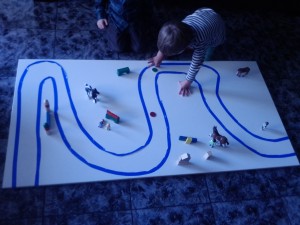