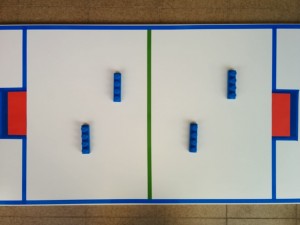 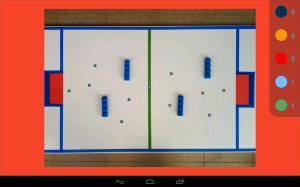 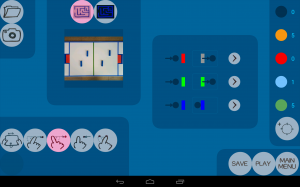 This example illustrates how certain classic physical games can be easily converted to digital games. “Football chapas” is a traditional outdoor Spanish game. The game elements are basically a football court, some bottle caps (“chapa” is the Spanish word to refer to a bottle cap) that represent the football players, and a ball. The court can be drawn on the floor with chalks. Or it can be created with coloured adhesive tape.

The game consists essentially of a football game. First, all the bottle caps (one per football player) are put on their initial locations and the ball is located in the centre of the court. Then, the kids take turns hitting their bottle caps with their index finger. In each turn, the kid hits twice (whether he hits once two different bottle caps or he hits twice the same bottle cap). The objective is to score more goals than the opponent. It is not allowed to score directly from the kick-off. 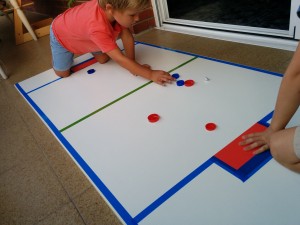