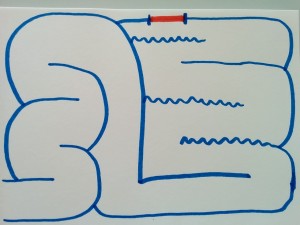 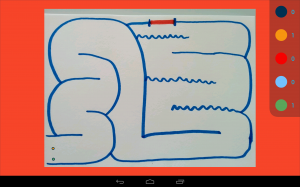 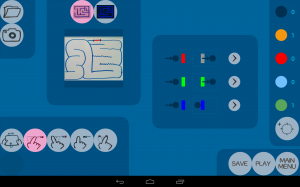 Pen race is a Spanish traditional game. Its game mechanics are similar to the chapas game’s ones, but it is played with different materials. The circuit is drawn on a piece of paper. Normally, a circuit with many curves is drawn (in order to get more exciting and engaging games). Each player uses a pen (or a ball pen) of a different colour (instead of a bottle cap).

The players take turns throwing their pens in the way we explain next. In the first turn, each player places the tip of his pen at the starting line. He should hold the pen vertically with his index finger on the top end. Then he presses hard with the finger on the pen so that the pen slides toward the goal. As a consequence, a line is drawn on the piece of paper. In his next turn, the player places the tip of his pen on the location where the line drawn by his pen ends. If the line got out of the circuit, the player places the pen on the exact point where the line begins to leave the circuit. The first player reaching the end line wins the game. 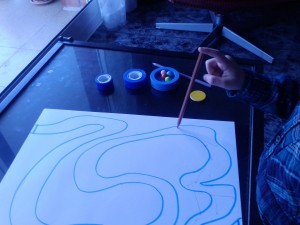