Goal: Split the balls in two different graffiti letters depending on their colour. Same coloured balls should be placed into the same graffiti letter. 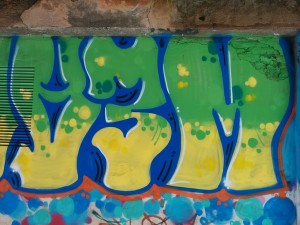 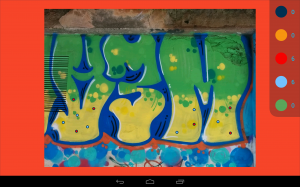 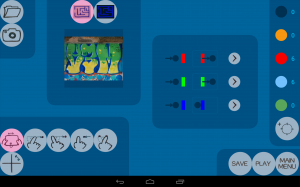 This case exemplifies how serendipitous scenarios can be converted into games. You could fortuitously pass by the scene you needed for your game. The graffiti used in this example was found on a wall on a street in Vilanova i la Geltrú (Barcelona).